“The Bill and Bea Idema Foundation has been a great supporter of connecting people with the natural world throughout West Michigan, including major support for the Idema Explorers Trail,” said Bobbi Jones Sabine, Ottawa County Parks Foundation President. “This is a truly transformational gift which will open Ottawa Sands to people of all abilities; It will create a whole new kind of experience along the Grand River Greenway, as well as allow for deeper exploration of the connected duneland corridor.”

With the assistance of these major philanthropic gifts through the Ottawa County Parks Foundation, Ottawa County Parks & Recreation has initiated a $5.2-million effort to implement several components of the Ottawa Sands Master Plan; its centerpiece being the unique campground – certain to become a major attraction along the Grand River Greenway.

“The acquisition of the 345-acre Ottawa Sands County Park in 2019 was a whirlwind process made possible only through the coordinated efforts of many residents, donors, and stakeholders. Our opportunity to purchase the $11.2 million sand mining site quickly emerged in the latter half of 2017 and was entirely unanticipated,” said Kelly Rice, Parks Commission President.

The property was the most recent addition to 2,479 acres of continuous public duneland in Northwest Ottawa County and was made possible through an unprecedented “off-cycle” grant application to the Michigan Natural Resources Trust Fund. This key acquisition required a crucial donation of value from the previous landowner, $8 million in grant funding from the Michigan Natural Resources Trust Fund, a loan from The Conservation Fund, and a key partnership with Land Conservancy of West Michigan.

Since this acquisition was unanticipated, funding from the current Parks Millage (which extends through 2027) to develop the site is very limited. However, the 2020 Ottawa Sands Master Plan immediately generated excitement and interest upon its completion. The Master Plan proposed site improvements and ecological restoration, reclamation and enhancements of $23.3 million to the recently decommissioned sand mine over several phases. The improvements include:

“It is important to note that we intentionally designed the Master Plan to have a light footprint while providing improved accessibility to the site’s most significant features. In fact, over 92% of the site is scheduled for ecological improvement through restoration and proper management, so the cherished experience of Ottawa Sands will remain intact,” said Parks Director Jason Shamblin. “In many cases, even the proposed developed areas will reclaim or enhance the site through sensitive design of facilities and infrastructure.”

Ottawa Sands is the western-most property managed by Ottawa County Parks along the Grand River Greenway and serves as a logical endpoint for anyone enjoying an extended adventure along the Idema Explorers Trail or the Grand River Heritage Water Trail. It is also a gateway to the stretch of contiguous publicly owned duneland that is comparable in scale to larger state parks such as Silver Lake or Warren Dunes. As a result, an “outfitted” campground was included in the Master Plan with tent pads, a Tree House Village, and a Yurt Village. The campground would be located in a hidden bowl along the Grand River – a manmade feature that resulted from dredging activities related to the mining operation. It is planned to be accessible by bike and kayak. 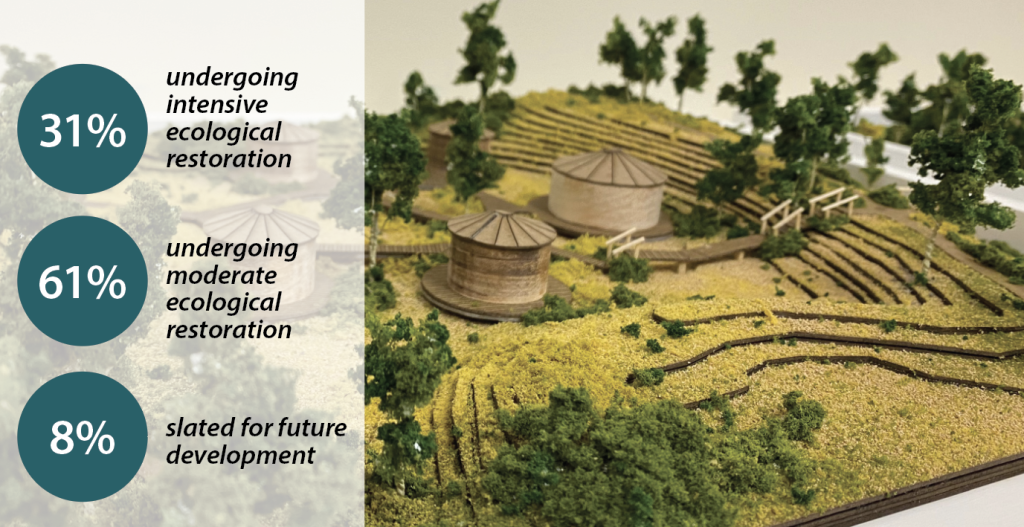 Ecological enhancements for Ottawa Sands are already underway and will be occurring in tandem with construction of the Idema Explorers Camp. Additionally, planning has begun for the creation and restoration of wetlands at Ottawa Sands, which was spurred by the Great Lakes Office of Audubon receiving a $400,000 Sustain Our Great Lakes grant for the project. “Ottawa Sands is surrounded by rich biodiversity including some of the region’s most important wetlands, which are critical for marsh bird conservation across the Great Lakes region,” said Erin Rowan, Senior Conservation Associate for Audubon Great Lakes. “Audubon Great Lakes is excited to partner on the Ottawa Sands Master Plan by working to restore the area’s wetlands to increase habitat connectivity and climate resiliency for the benefit of birds and local communities.”

Intended outcomes of this partnership include establishing a more naturalized shoreline along portions of the lake, as well as restoration of other wetland areas on the site. It is hoped that these efforts will improve the sustainability of the fish populations within the lake, while simultaneously creating habitat for secretive marsh birds and other wetland wildlife.

“The corridor is recognized as one of the richest areas in the state for species of greatest conservation concern and biodiversity, is a focal area for Lake Michigan fisheries restoration, is above-average for climate resiliency, and lies along a globally recognized Important Bird Area.” 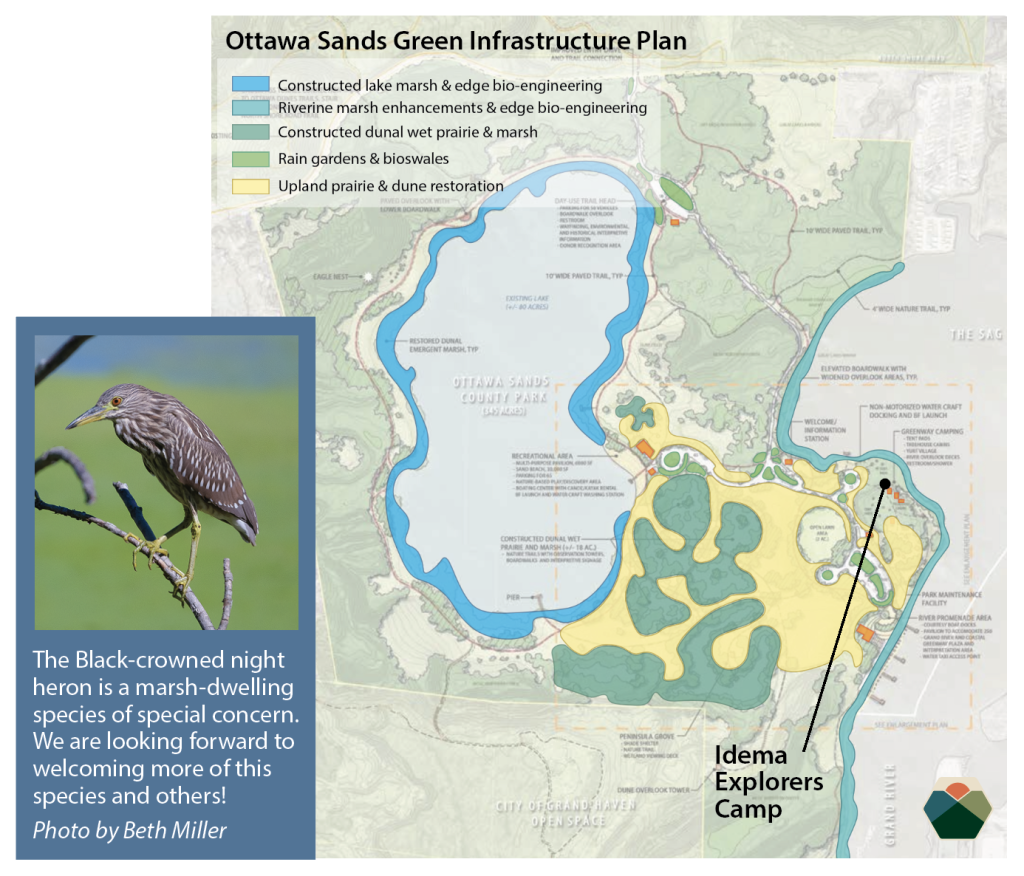 Consider supporting the work of the Ottawa County Parks Foundation!