Join us for a social ride and a dose of inspiration! Local stroke survivors can test ride a trike at Connor Bayou and along the Idema Explorers Trail. Following the ride, we’ll hear from Dan Zimmerman and how he’s changing lives across the nation.

Dan Zimmerman suffers from Hereditary Hemorrhagic Telanglectasia, a disease in which the lungs fail to filter clots efficiently. At the age of 41, the disease caused a stroke that damaged the left side of his brain, paralyzing his right arm and leg. Doctors told him he would never walk or talk again. After intensive rehabilitation, Dan was barely walking within a year, but severe aphasia kept him from talking. He continued to receive outpatient therapy at HealthSouth Rehabilitation Hospital. Dan found freedom when he bought his first trike and four years later founded Spokes Fighting Strokes with a mission to reach every stroke survivor and show them that recovery is possible!

The Ottawa County Parks & Recreation Commission is seeking public comment on the proposed route for the “Stearns Bayou Connector” segment of the Idema Explorers Trail in Robinson Township. This segment will connect Connor Bayou Park to the Grand Haven Township trail system. Eventually, the pathway will be connected to Grand Haven to the west and Grand Rapids to the east.

Public comments and questions will be received at a special public input session at 7:00 pm on Wednesday, August 12 on the patio of the cabin at Connor Bayou County Park, 12945 North Cedar Drive, Grand Haven, MI 49417.

Join us on June 11, 2021 (time TBD) to celebrate the acquisition of 149 acres of land at Bend Area Open Space in Jenison. This property is undeveloped now, but its future is bright. Attendees are invited to explore a newly developed hiking loop and an important Idema Explorers Trail connection. 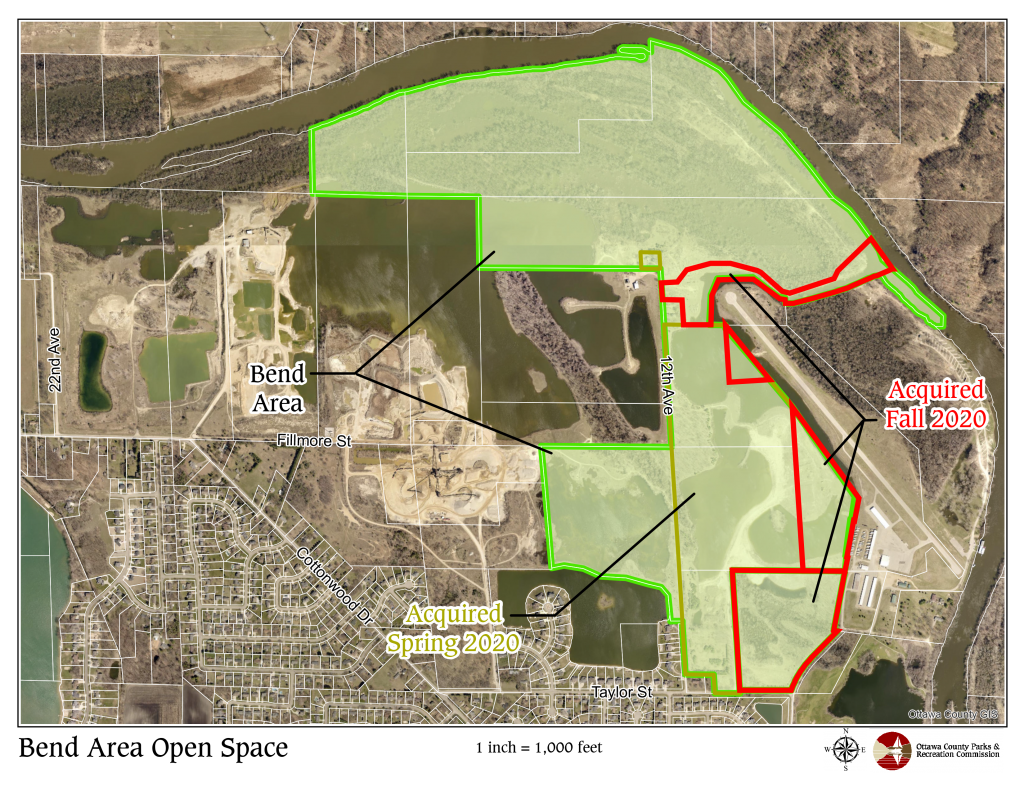 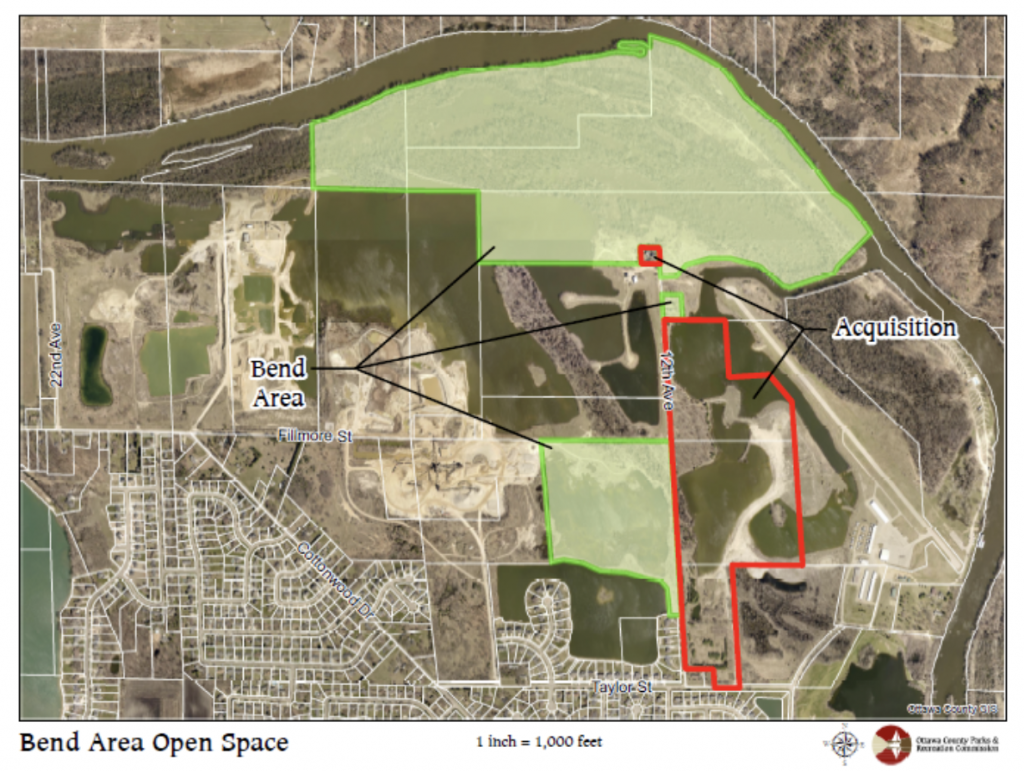 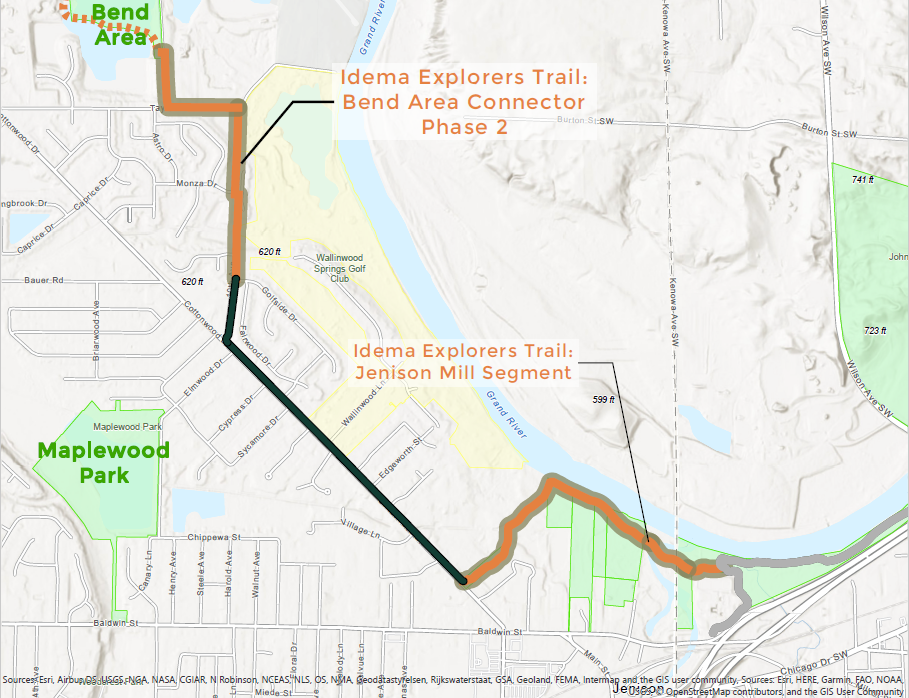 The Ottawa County Parks & Recreation Commission is seeking public comment on the proposed route for the “Eastmanville Connector” segment of the Idema Explorers Trail in Allendale Township.  This segment will connect neighborhoods in Allendale to Eastmanville Bayou Open Space.  Eventually, the pathway will be connected to Grand Haven to the west and Grand Rapids to the east.

Public comment will be received at the regular meeting of the Parks & Recreation Commission at 5:00 pm on Wednesday, February 5 in Conference Room F of the Ottawa County Fillmore Complex, 12220 Fillmore St., West Olive.  Staff will also be available to review plans with individuals from 5:30 pm to 6:00 pm. 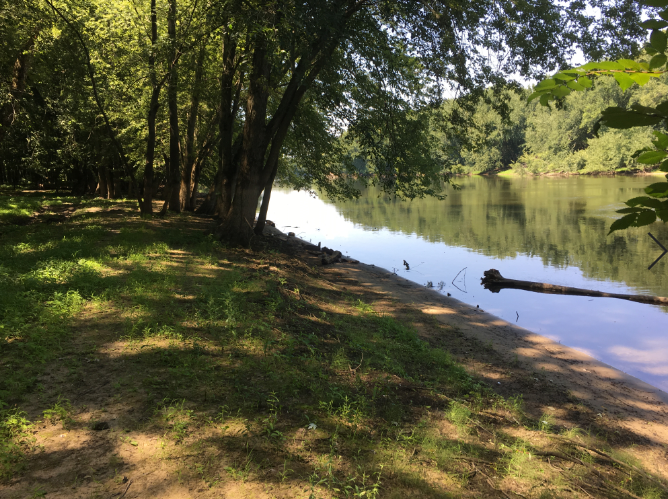 The Michigan Natural Resources Trust Fund (MNRTF) board recommended $300,000 in development funds to be allocated to Ottawa County Parks & Recreation for development and construction of a 1-mile segment of the Idema Explorers Trail in Jenison at their annual meeting in December.

The Idema Explorers Trail is a key feature of the Grand River Greenway which is comprised of 9,000 acres of public land between Grand Haven and Grand Rapids. The preservation of this land provides scenic natural spaces and high quality habitat for both wildlife and recreation. Currently, 13 miles of the 36.5-mile Idema Explorers Trail have been constructed with another 12 being engineered.

This Jenison Mill segment will connect a portion of the Idema Explorers Trail along Cottonwood Drive to existing trail in Kent County. It allows users easier access the Grand River; great recreation areas like Millennium Park, which has 20 miles of paved pathway; and, many miles of regional trail, including seven miles of riverfront trail in Kent County, the Grand Rapids bike lane network, Kent Trails, and the Fred Meijer Standale Trail.

“One of our goals is to connect with neighboring communities and to connect to our waterfront,” said Jim Wierenga, Georgetown Township Supervisor. “We were excited the Idema Explorers Trail created a connection to Allendale last fall and look forward to connecting with Kent County, as well as to the Grand River. We are a community with a river that runs through it and that resource is often overlooked. The more the Grand River Greenway project moves forward, the more this asset in our community begins to capture the attention of our citizens. I get many thanks from the people within our township for the Grand River Greenway,” said Wierenga.

Other partners in the project are thrilled about this news. “We are working hard to raise the funds needed to make the vision of the Grand River Greenway a reality. Having the support of the Trust Fund and the community makes our work that much easier. We believe in what we’re doing, but it is great to hear that they do too,” said Bobbi Jones Sabine, President of the Ottawa County Parks Foundation. “Giving everyone access to the scenic spaces and connected trails along the Grand River Greenway will improve the quality of life for current and future West Michigan residents.”

In addition to opening up recreation opportunities on land, it also creates more access for anglers.

“Connecting Georgetown Township and Ottawa County trails to the Kent County trails on the east side will provide anglers an easy path to access quality shorefishing sites,” said Dr. Dan O’Keefe Michigan Sea Grant Coordinator at MSU Extension in a letter of support for the project. “Certain areas are also wadeable in summer due to the hard substrate. Wading is very popular upstream in Grand Rapids, but virtually unheard of in Ottawa County due to the lack of access to rare hard-bottomed areas such as this.”

Our goal is to be receptive, responsive and transparent.  Members of the media seeking interviews or information are encouraged to contact: