Icebound: The Ordeal of the SS Michigan 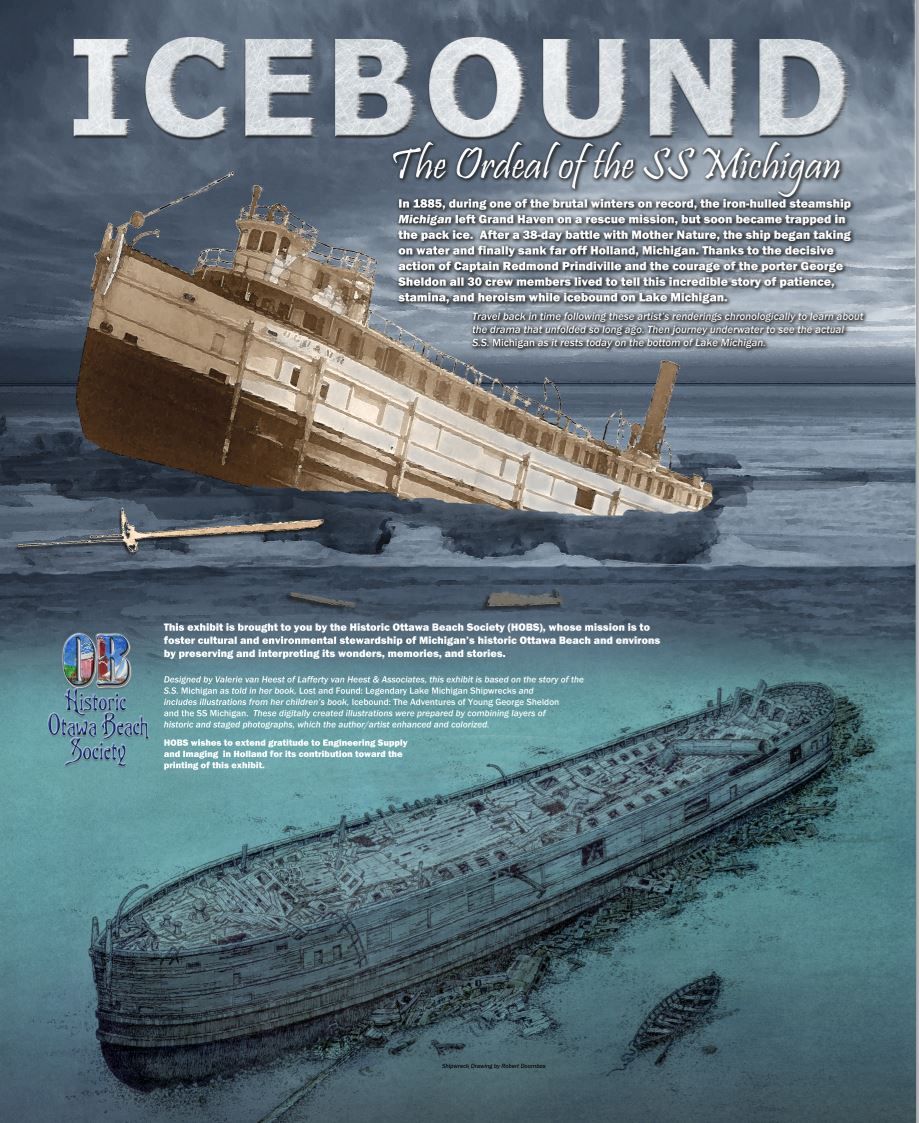 The SS Michigan, an iron-hulled steamship, was built in Detroit for the Goodrich Transportation Company in 1881. It sailed briefly for Goodrich before the Detroit, Grand Haven, and Milwaukee Transportation Company purchased the steamer and moved it to Grand Haven as its home port. It was called out of winter layup in January 1885 to rescue another Grand Haven steamer owned by the railroad, which became trapped in the ice during a brutal winter. Instead of rescuing that steamer, the Michigan also became trapped in the ice.

Visitors to the Nature Center at Hemlock Crossing County Park will soon learn of the ordeal that took place over the course of 43 days as the crew tried to save themselves and their ship. The courage and heroics of the youngest crew member, Grand Haven’s George Sheldon, is woven through the exhibit.

The exhibit was designed by Valerie van Heest and is based on the story of the SS Michigan as told in her book, Lost and Found Legendary Lake Michigan Shipwrecks. Her book will be available for sale at the Nature Center, and Ms. van Heest will present a companion program based on the exhibit.

A special thanks to the Historic Ottawa Beach Society and the Pump House Museum and Learning Center for sharing this excellent exhibit with us!

Exhibit and presentation dates will be announced soon.