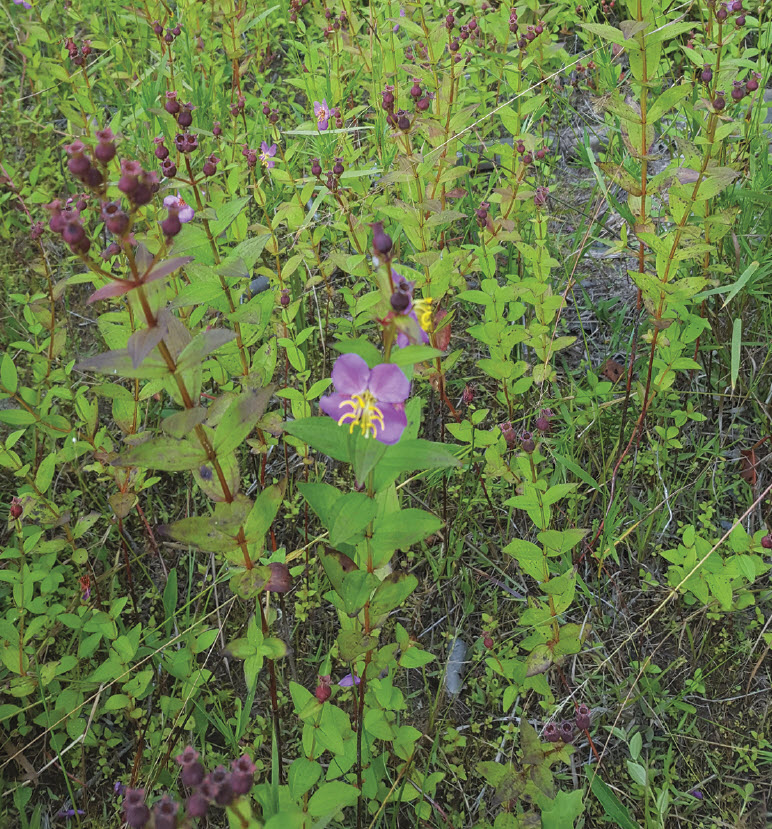 In February 2017, the Parks Commission granted the Water Resources Commission (WRC) an easement through Hiawatha Forest for a drain to help mitigate flooding in the area. Constructing a drain through park property may initially sound like it would be destructive. Luckily, Joe Bush, the county’s recently re-elected Water Resources Commissioner (who also serves on the Parks Commission), was eager to partner with Parks staff to develop a solution that would not only solve flooding issues during large storm events, but also protect and improve a rare ecosystem found in the park. 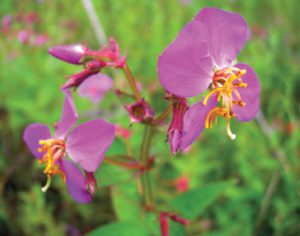 As the two departments developed this project, a Natural Features Inventory was conducted on the property. Local biologist, Bill Martinus, confirmed the presence of this now uncommon ecosystem, as well as special plant life. Leading state herpatologist, David Misfud, also concluded that the park has the potential to be home to uncommon reptiles and amphibians. 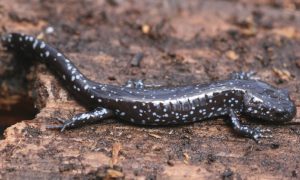 The design of the drain, which will be shallower than most drains, will help spread the coastal plain marsh habitat. The pond areas were created to be semi-permanent, meaning there will not always be standing water present; they will fill only when the ground water is high. The constructed vernal ponds create habitat for breeding amphibians. The very wet to very dry conditions over the course of a year is what creates the conditions for the plants and animals that live within coastal plain marshes. 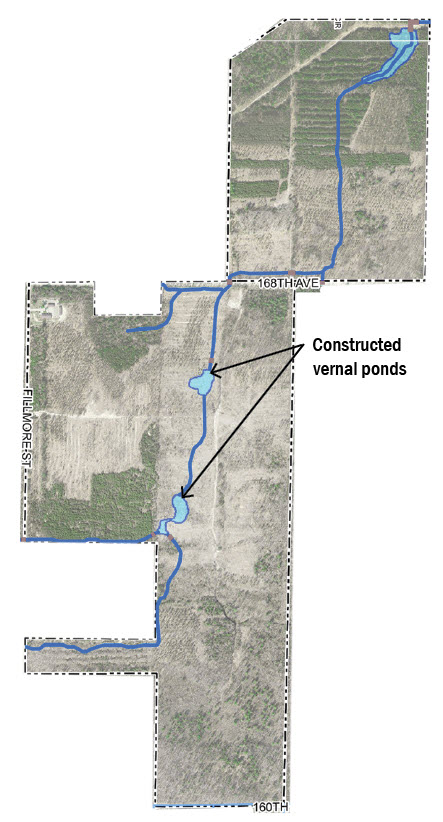 We acknowledge that restoration can look alarming. Parks partnered with the WRC contractor to be mindful trees and areas to protect, but certainly many trees were removed. From a biological standpoint, Hiawatha has many great natural features, but it is already highly disturbed. There are remnant drains throughout the property and most recently in 2009 the infested/dying red pine tree plantation was removed to create better habitat. The drain is being constructed to help mitigate flooding during very large rain events. The Parks Commission agreed to work with the WRC after receiving assurance that this project would result in the enhancement of the site.

Their engineers have taken great lengths to design a “natural drain” that:

Many of these features are there solely for the purpose of wildlife, not for flood mitigation. Parks is tending to the property and the land will grow back with a much greater ecological significance. In addition to the Coastal Plain Marshes, we will be managing the uplands for a declining ecosystem called oak savanna.

In the spring of 2018, students from Lakeshore Middle School planted 500 trees, including black gum and two species of oak. Some of the brush piles on the property from construction will be capped with sand to serve as snake hibernaculums, others close to the vernal pond will serve as habitat for many other forms of wildlife.

WRC received support from The Nature Conservancy, the Land Conservancy of West Michigan, as well as a widely-respected herpetologist, Dave Mifsud, who conducted a Natural Feature Inventory at the site.

More information about the project can be found here.