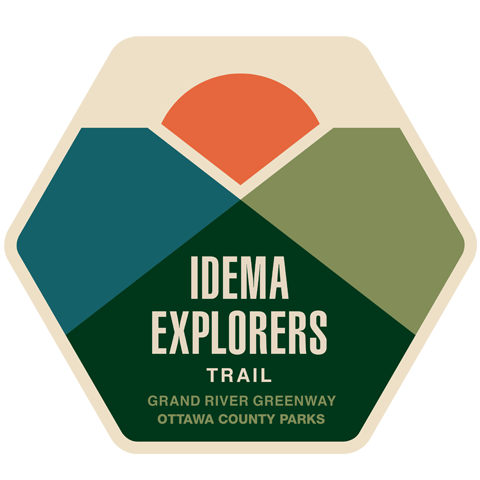 The Greenway project is currently ongoing, with over 20 miles of trail in various stages of active design and permitting. It is possible that three segments of trail could be under construction in 2022, which would include over 4.5 miles of new trail construction.

“Earlier this summer it was wonderful to participate in the dedication of the expanded Bend Area and the opening of the Georgetown Segment of the Idema Explorers Trail. While it has been great to see these new spaces open for public use and for the community to have bicycle/pedestrian access, the exciting thing is that this is really just the beginning.” Co-Chair Monica Verplank

The Campaign wraps up just as County Administrator Al Vanderberg prepares to depart Ottawa County to become the Administrator at Kent County. Vanderberg served on the Campaign Committee and was instrumental in recruiting committee members, including campaign co-chair and donor Peter Secchia, who passed away in 2020.

“I recall with great fondness those early discussions with Peter regarding this project,” said Vanderberg, who had a long working relationship with Secchia dating back to the beginnings of the Millennium Park project on the Grand River in Kent County.  “Peter was a visionary and this vision of the Greenway grabbed him. One of the amazing things about Peter was his ability to take a vision and make it a reality. I am thrilled that we are now one step closer and look forward to seeing various critical Grand River projects develop and connect across West Michigan.”

Another key milestone in the Campaign was the landmark gift of the Bill and Bea Idema Foundation.  This contribution resulted in the Greenway trail being named in honor of Bea Idema, who has a deep family connection to the river in Ottawa County.  “The support of the Idema family has been and continues to be so critical to the success of the Grand River Greenway,” said Parks Commission President Kelly Rice. “A place like Grand Ravines, a highlight of the Greenway, has been transformed and became a community destination with their help.”

While fund-raising efforts were slowed by the pandemic, several gifts helped the Campaign achieve its final goal, including major gifts from John and Jim Zevalkink, the Grand Haven Area Community Foundation (through the Greatest Needs Fund), and others.

The Grand River Greenway Campaign was an initiative of the Ottawa County Parks Foundation, which was formed in 2016 with a mission of “Bridging Community to Nature.”

“This funding really has opened new possibilities for the Parks and demonstrates how we can help connect community to the abundant natural spaces within Ottawa County,” said Parks Foundation President Bobbi Jones Sabine. “However, this really required a tireless effort by so many.  I would like to acknowledge the dedication of this Campaign Committee.”

“I am so grateful to be a part of this campaign and community that has supported raising over $7 million. This funding will have a tremendous impact creating and preserving green space for future generations in West Michigan.” Campaign Co-Chair Samantha Verplank

“This is the culmination of 40 years of effort and has built on the vision and work of so many. This achievement will really have a lasting impact on the community for generations. We are striving to have a celebration at our next trail segment dedication – which we hope will be in 2022.” Jason Shamblin, Ottawa County Parks & Recreation Director

Naming opportunties are still available along the greenway

“While much has been accomplished, considerable work still needs to be done. However, the Greenway Campaign has put us in a position to be successful,” Shamblin added. “As work continues, there are many additional ways for the community to support the Greenway.  Additional naming opportunities exist along the many features and segments of the Idema Explorers Trail as well as other ways for supporters to make an impact.”

Consider supporting the work of the Ottawa County Parks Foundation!