Michigan’s (and Ottawa County’s) history is rich with the stories of the voyageurs. For a century and a half Michigan’s life centered in the fur trade. Its French pioneers, suffering great hardships, worked side by side with the “black robes” at the trading post, the mission chapel, and the forest fort. The chief markets were Sault Ste. Marie, Mackinac, and Detroit, but there were also important posts in the St. Joseph and Grand River Valleys. Check out the resources we developed below to guide you through some of that rich history. Use them to dig deeper into some of our local history!

Use the links below to help navigate to the information you are looking for:

What do lions, fox, skunks, the “First Lady of Mackinac Island,” and a US president have to do with Ottawa County Parks? Take a park history quiz to find out! Please note this quiz is hosted on the Ottawa County Parks Foundation website. When it opens, you will leave this page.

Ottawa County Parks Naturalist Guide reads “The Red Sash” by Jean E. Pendziwol, Pictures by Nicolas Debon. This is the story of a young Native American boy whose father guides voyageurs. The rendezvous at Fort William on Lake Superior is a high point.

Check out this video from Ottawa County Parks Naturalist Guide, George, as he shares a bit about the voyageurs and the Gabagouache North Canoe.

Join George, Ottawa County Parks Naturalist Guide, as he sings “Alouette”. Feel free to sing along! We guarantee this ear worm will get stuck in your head!

Long ago, “Poor Farms” were established in the United States to take care of those who could not take care of themselves and had no one else to care for them. “The Poor Farm” is a documentary film that tells the story of the Eastmanville Poor Farm in Ottawa County, Michigan. Founded in 1866, it was the longest continually operating Poor Farm in the United States, serving its community for over 130 years. Like many such Poor Farms across the country, the Eastmanville Poor Farm provided a home for the sick, the elderly, the disabled, and anyone else unable to live independently in our society. This film was produced by TDMP faculty Joshua Pardon with assistance provided by students in the Television and Digital Media Production program at Ferris State University. The Poor Farm is now a county park.

In addition to the local history resources from Ottawa County Parks, we also want to share other excellent resources with you. All of the following videos and activities have been reviewed by our Naturalist Team and you can be sure the information is accurate and appropriate for children. Use them to dig deeper as you explore our local history!

Virtually explore the sites, exhibits, demos and more from our State Historic Sites in the straits region. Also be sure to check out their Orientation Movies!

The Voyageurs (National Film Board of Canada)

This short film tells the tale of the men who drove big freighter canoes into the wilderness in the days when the fur trade was Canada’s biggest business. The film recreates scenes of the early 19th century with a soundtrack by an all-male chorus.

The Story of Mackinac Island

A brief look at the importance of Mackinac Island to the fur trade.

Short documentary on the success of the canoe as a method of shipping and travel.

A greatly condensed building of a canoe from material found in the forest. 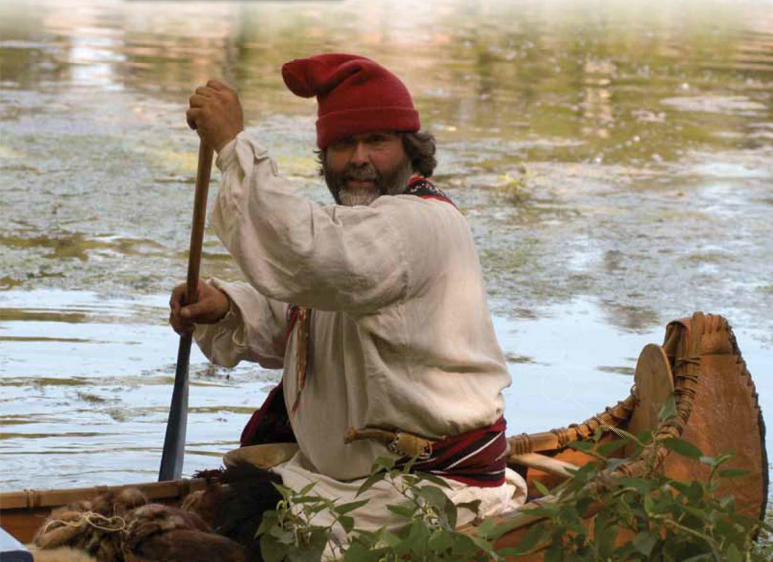 Looking for some more in depth resources to tickle your inner history buff? Check out these great text based resources below! 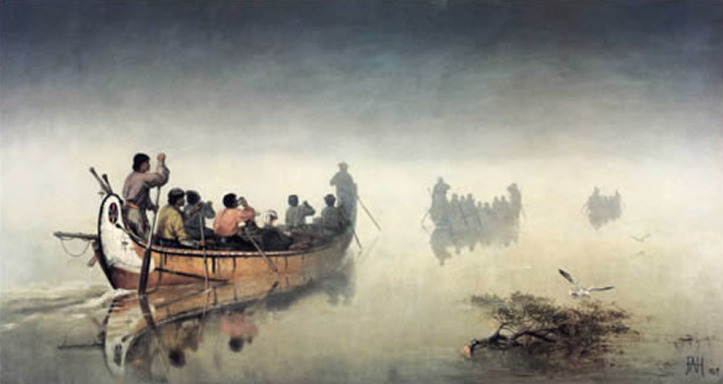